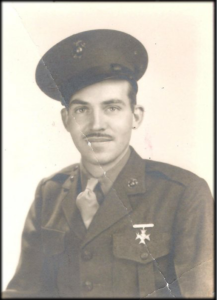 Shortly after returning from the Pacific Theatre at the end of World War II, Henry A. Kern founded Kern Meat Company in a South St. Louis garage with the simple but all-important philosophy of customer service. 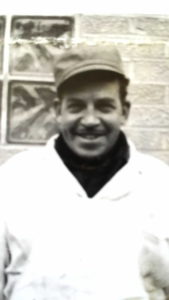 As a result, Kern Meat Company has grown to become one of the most recognizable names in the St. Louis and the Middle West for providing quality USDA-inspected meat. Most recently, we were selected by the members of the American Culinary Federation (ACF) Chefs de Cuisine Association of St. Louis as the 2009 Purveyor of the Year, and in 2012, Dennis Markwardt was awarded the T. C. Dubois Chen Award from the ACF Chefs de Cuisine Association of St. Louis for his professional commitment to the foodservice industry.

For 71 years, our family and employees at Kern Meat Company have been privileged to provide St. Louis and the Midwest with the highest quality meat products. Our business philosophy includes five important principles:

These principles guide our purchasing, sales, production, and the delivery of our product from our facility to your kitchen, and we are proud to display H.A. Kern’s name on our trucks and every package.

While most companies have one or two dedicated center-of-the-plate specialists, we have four. Meet the experts below:

President
After serving in the U.S. Army during the Vietnam War, Dennis joined the family business in 1972. Dennis and H. A. Kern worked side-by-side to build Kern Meat Company as the premier protein supplier in the area.

General Manager
After working in the plant as a part-time selector and meat cutter between college semesters, Matt joined Kern Meat Company in 2008 as the general manager. He is responsible for the overall operation of Kern Meat Company, which includes production, sales, operations, purchasing, and the food safety program. Matt serves on the ACF Chefs de Cuisine Governing Board, and is a board member of the St. Louis Chefs de Cuisine Educational Foundation.

Sales
Chef Matt was hired as our Corporate Executive Chef after years of being a Kern Meat Company customer at the award-winning Libertine in Clayton. After graduating with a culinary arts degree from Forest Park Community College, he worked 14 years at The St. Louis Brewery. He brings 22 years of restaurant and culinary experience. Matt has extensive knowledge with menu conception, execution, and production.

Sales
Hired in 2011, Jesse brings nearly 50 years of food service experience to Kern Meat Company. After a stint at a large foodservice company, Jesse wanted to return to a family owned and operated meat company. Jesse is an expert in further processed and cured meats, pork, and deli meats.